The Gulf of Mexico Fishery Management Council met January 29-February 1, 2018, in New Orleans, Louisiana. Here is a summary of some of the issues that were discussed:


The Council elected to amend language in some actions within the document for clarity and to maintain consistency with Florida regulations.  The timeline of an enhanced cooperative management procedure may also be amended to be more consistent with the federal rulemaking process, if necessary.  The South Atlantic Council will review the document at its April Council meeting.


The Council received the SSC recommendations on this options paper that considers incorporating provisions to allow carryover of uncaught ACLs and appropriate adjustments to any quota carried over.  The Council voted to remove an alternative that would not allow carryovers to stocks without a sector allocation and to remove an action that allowed adjustments to the carryover provision.  They also voted to revise the wording in Action 5 so that there is consistent terminology among the framework procedures for FMPs. 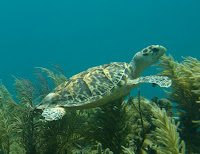 The Council reviewed a public hearing draft of Amendment 49 that would allow the use of new sea turtle release gears for commercial and charter vessel/headboats with federal Gulf reef fish permits.  The document has been updated to include additional information and photographs of the new sea turtle release gear as recommended by the Law Enforcement Technical Committee.

The Council selected preferred alternatives in Actions 1 and 2 of the document that would modify the regulations for commercial and charter/headboat Gulf reef fish permit holders to allow the use of newly released devices; and modify the reef fish framework procedure to include changes to release gear requirements and handling protocols for sea turtles and other protected resources.  A public hearing will be held by webinar before the April Council meeting.  The Council will review a final action on the amendment at the April Council meeting.

The Council reviewed a draft policy statement that encourages the proper use of venting tools or descending devices, as appropriate, when releasing fish, and provides background information on barotrauma and effectiveness of release devices.  A proposed outreach program for the policy statement was also discussed.  It was agreed that the Outreach and Education Technical Committee would be a valuable asset for implementing a program and they will be convened before the June recreational red snapper season.


The Council voted to send a letter to the Chair of the Open Ocean Trustee Implementation Group supporting outreach programs that encourage a more widespread use of release devices, including distribution of descending devices, followed up by research on the utility of the devices and resulting fish survival.

The Council voted to exclude 2010 landings from all the historical landings time series alternatives for calculating state apportionments due to concerns with the data from the year of the oil spill.  The Council also added options for the range of years to use for recreational trips in the alternative that considers various weightings of biomass alongside the number of trips.  In response to letters from the states pertaining to delegation management measures; a motion was passed to assess the requested delegation items, and determine what items can be delegated for inclusion of the next iteration of the documents.


The Council concurred with the staffs suggested wording of new Action 5.4 regarding reclamation of latent shares.  Due to the potential for discrepancies in average fish weights from dockside sampling that would be used for converting pounds to number of fish, the Council added a new action regarding units of measure for quota distribution and reporting.


The Council reviewed a draft of Amendment 42 and decided to review the document and select preferred alternatives at the April Council meeting.  They requested that a decision tool be developed for both Amendments 41 and 42, so the Council and stakeholders could better assess the current range of alternatives.


The Council reviewed Exempted Fishing Permits (EFP) from the following: each of the five Gulf states for recreational red snapper management in 2018 and 2019; organizations regarding the testing of various traps for the commercial harvest of lionfish in the Gulf; and a private company that wanted to evaluate an offshore aquaculture operation in the Gulf.


The Council voted to recommend approval of each state’s EFP, with the condition that if federal for-hire vessels are included in any state’s EFP, it would not shorten the length of the federal for-hire season.  The Council recommended that NMFS move forward with the implementation of the Florida Keys Commercial Fishing Association Lionfish EFP request and the Florida Keys Fisheries Lionfish EFP request with the recommended modifications to the sampling area and to add a one year update reporting requirement.  The Council then directed staff to draft a letter outlining concerns regarding the aquaculture EFP application and forward the letter to NMFS.


The Council initiated development of an action to consider removing the historical captain endorsement to federal charter/headboat permits for reef fish and coastal migratory pelagic and to allow these permits to be fully transferable.