The Gulf of Mexico Fishery Management Council is scheduled to meet at the Renaissance Mobile Riverview Plaza Hotel in Mobile, Alabama from January 30th - February 3rd. If you can make it to the meeting I strongly suggest you come on Tuesday night attend the informal question and answer session hosted by Dr. Roy Crabtree the Regional Administrator of NOAA Fisheries. Come share your thoughts with the Council at the public comment session on Wednesday from 2-5 p.m.
If you can’t attend in person you can watch the meeting live here.

If you have any questions about the meeting or the issues that the Council plans to address don’t hesitate to contact me directly at: Emily.muehlstein@gulfcouncil.org or you can call me at 1-888-833-1844 ext. 238.

On the Plate- Issues up for final action
The Council plans to take final action of 4 different amendments at this meeting. You have a final opportunity to comment on the proposed management measures before final decisions are made. Please look over the supporting documents for each of the following issues and submit comment using the online comment forms here.

Red Snapper 2012 Annual Catch Limit and Fall Season Revision
In this regulatory amendment the Council is considering:
1.     Increasing the 2012 Annual Catch Limit to reflect the most recent stock assessment update results.
2.     Extending the current September 30th recreational red snapper season closure. The season has closed before September 30th for the last three years because NOAA Fisheries Service must close the fishery when the quota is reached, or predicted to be reached. Extending the end of the season would make it easier for the Council to open a supplemental fall season if quota remains after the regular season. 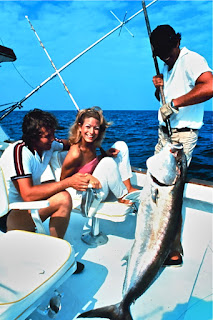 Greater Amberjack: Reef Fish Amendment 35
The latest greater amberjack stock assessment update indicated that the stock is still overfished and experiencing over fishing. The Council is considering:
1.     Adjusting the Annual Catch Limit and establishing an Annual Catch Target
2.     Changing the recreational minimum size limit and season.
3.     Changing the commercial season and establishing a trip limit.
Public hearings are currently being held for this amendment. The Council is hosting meetings across the Gulf to gather public input before making final decisions. Meeting dates and locations can be found here.
If you can’t make it to a meeting in person, watch the online presentation and send comment using this online comment form.

This amendment has gone through the scoping process where the public helped to identify issues, potential impacts, and reasonable alternatives to the issues. 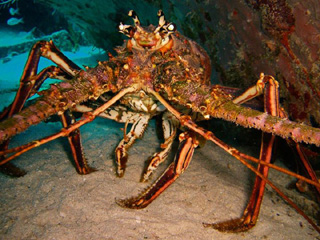 The Gulf Council must ensure (under the Endangered Species Act) that fishing activities in the Gulf do not harm threatened or endangered species. Analysis determined that seaturtles, smalltoot sawfish, and elkhorn and staghorn corals are all put at risk by spiny lobster fishing activities. To minimize impacts the spiny lobster fishery has on endangered species the Council is considering:
1.     Creating closed areas to reduce destruction of corals.
2.     Using trap line marking requirements to reduce species interactions with gear.
Public hearings are being held in the Florida Keys for this amendment. Meeting dates and locations can be found here.

If you can’t make it to a meetings in person check out this guide and send comment using this online comment form.

In the Cooler- Issues that still need preparation before final action

Red Snapper Weekend/Weekday Openings- Regulatory Amendment
The Council is considering making adjustments to the structure of the red snapper season by considering weekend or weekday only snapper fishing. Weekend and weekday seasons are being considered for both the regular snapper season and for any supplemental seasons that may occur. 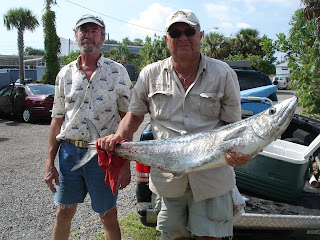 This amendment considers limiting the sale of recreational caught fish and making changes to the permit requirements for Coastal Migratory Pelagic fisheries.