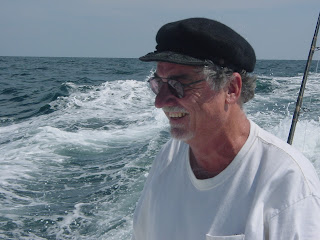 The Gulf of Mexico Fishery Management Council is made up of people that have experience, expertise, and interest in the fishery. The chairman of the Council’s Reef Fish Committee is no exception. In fact, he is one of the most well known fisheries scientists across the Gulf coast.

Dr. Bob Shipp has spent his life researching and appreciating the fish of the Gulf of Mexico. His passion for the ocean was ignited at the early age of 4 by his grandfather with whom he enjoyed countless hours of surf fishing from the shores of Fort Walton Beach, Florida. As he grew a bit older he and his cousins spent summers snorkeling jetties and piers collecting fish and invertebrates for aquariums. Eventually, Bob got into SCUBA diving when it was first becoming a recreational activity. 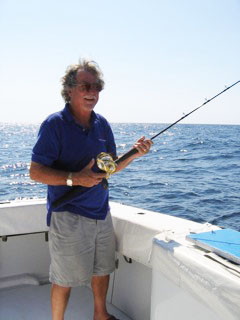 During his childhood Dr. Shipp moved to New Orleans, Louisiana where he began his academic pursuit of fisheries. He focused on marine biology as much as he could, making it the topic of every school project possible. Dr. Shipp explains “My friends from those days joke with me now for being the only one of the group that followed through with my harebrained teenage career dreams.”

After graduating from Spring Hill College, Dr. Shipp attended Florida State University where he earned his master’s degree and PhD. Shortly thereafter he began working for the University of South Alabama teaching anatomy and physiology. He quickly moved into a fisheries biology position where his career flourished. He chaired the biology department and served as the acting director at the Sea Lab on Dauphin Island. He recently retired after serving 20 years as the chairman of the Department of Marine Sciences.

In addition to his work with the university, Dr. Shipp served for 12 years as the Director for the Alabama chapter of the Coastal Conservation Association. He has also been a judge for the Alabama Deep Sea Fishing Rodeo since 1982. He authors articles for multiple magazines and scientific papers, and he published “Dr. Bob Shipp’s Guide to Fishes of the Gulf of Mexico.” 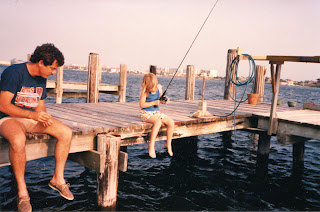 Dr. Bob Shipp answered a few questions to give us some insight on his perspective of our Gulf fishery.

What is the most important issue in our fishery right now?
“I’m concerned that federal fishery law (the Magnuson-Stevens Act) prevents the Council from trying innovative fishery management techniques. Requiring species to be managed using quotas prevents the use of tools like Marine Protected Areas to manage our fish. Our hands are tied by the Act and it shows – the red snapper stock is healthier than it’s ever been, and we still have shorter and shorter fishing seasons – we obviously need the freedom to try something different.”

What can the Gulf Council do to improve management?
“The Council’s options are very few. Under the current system we can only tweak things rather than solve problems. The idea of Regional Management, for example, still only allows the Council to change some minor management measures like seasons and bag limits, while the major problems still remain.” 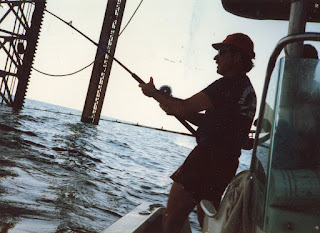 Where do you see fisheries management in the Gulf 10 years from now?
“There are two alternatives for our future; either Congress frees the hands of NOAA Fisheries so they have the freedom to manage properly, or the states will take more control. Either way, we can’t manage effectively if things remain as they are.”


Do you have a favorite fishing story to share?
“I have a group of close friends that I went to high school with who wanted to experience some yellowfin tuna fishing. They are mostly freshwater fishermen and had not had the opportunity to spend much time off-shore. We all got together for a weekend after 41 years apart, and spent the day 100 miles out catching yellowfin. I had so much fun watching them experience such an amazing day on the water. We used kite baits, and at one point the tuna were leaping 8 feet out of the water. The excitement really transported us all back to our giddy 15-year-old selves again, and for that reason we now make the trip an annual event. It’s always one of my favorite outings of the year.”


The Gulf of Mexico Fishery Management Council will meet next week in New Orleans, Louisiana to work on some fishery issues that may interest you. You are welcome to attend the meeting in person or you can listen from your computer.

The committee agenda and full Council agenda will help you figure out when the Council plans to discuss the topics that you’re interested in.

Join us for public comment, which will be held on Wednesday, October 30th from 1:30 – 4:30 pm. We also invite you to an informal question and answer session that will be held on Tuesday night immediately after Council adjourns for the day.

Read on for a brief description of some of the issues that Council will discuss next week:

Definition of For-Hire Fishing
The Council will review a draft framework action that considers clearly defining for-hire (charter/headboat) fishing trips. This framework aims to enhance enforcement of permit requirements by eliminating the ability of private vessels to exchange fees, goods, or service in exchange for for-hire fishing activities.

Recreational Red Snapper Regional Management
The Council expects to take final action on Amendment 39, which considers dividing the federal recreational red snapper quota among different regions in the Gulf. This will give each region more flexibility to choose fishing regulations that best suit local needs. If you’re interested in learning more about regional management you can read this guide or watch this video.

Sector Separation
After tabling discussions a year ago, the Council will resume consideration of sub-dividing the recreational allocations into private, for-hire, and possibly headboat sectors. For more information on allocation and sector separation read this Gulf Currents Blog.

For-Hire Permit Conditions
Vessels with federal for-hire reef fish permits must comply with the more restrictive of state or federal reef fish regulations when fishing in state waters. The Council is considering revising this requirement to allow federally permitted for-hire vessels to fish during state seasons when state regulations are inconsistent with federal regulations.

As always, if you have any questions don’t hesitate to contact us.
at October 23, 2013


The Gulf of Mexico Fishery Management Council has approved an increase in the red snapper quota from 8,460,000 pounds to 11,000,000 pounds for 2013.  Fifty one percent of the increase will go to the commercial fishery, which is managed with an individual fishing quota (IFQ) program. The remaining 49% of the increase is allocated to the recreational fishing sector. An extra fall recreational fishing season is scheduled to open October 1 and will remain open until the quota is harvested.

The Gulf Council plans to discuss the fall season length and review recommendations from it’s scientific advisors (the Scientific and Statistical Committee) regarding the red snapper quotas for 2014 and 2015 at the next meeting in San Antonio, Texas on August 26 -30.

The Gulf of Mexico Fishery Management Council will meet next week at the Crowne Plaza in Pensacola, Florida. The meeting is open to the public, but if you can’t make it you can listen in live from your computer.

The committee agenda and full Council agenda will help you figure out when the Council will be discussing the topics that you want to hear.

Public comment will be held Thursday, June 20th beginning at 1:00 pm. An informal question and answer session will be held Tuesday evening immediately after the Council adjourns (around 5:15).

The following is a brief description of some of the things the Council plans to address next week:

Red Snapper
·      Stock Assessment Results - A benchmark red snapper stock assessment was recently completed. The Council’s the Scientific and Statistical Committee (SSC) reviewed the assessment results and increased the acceptable biological catch for three years. The Council will review the assessment and, based on the SSC recommendations will set quotas for 2013 and beyond.

·      Regional Management – The Council will review a public hearing draft of Amendment 39, which considers dividing the federal red snapper quota among states/regions, giving them more flexibility in choosing seasons and bag limits. Regional management would not necessarily result in more fishing days.

·      Red Snapper Individual Fishing Quota (IFQ) Program - The Council will discuss Amendment 36, which will address potential modifications to the Red Snapper IFQ Program based on the 5-year review recently accepted by the Council.

Artificial Reef Habitat Protection
The Council will discuss an options paper that considers designating petroleum platforms and artificial reefs as Essential Fish Habitat. This article “Rig Removal – Essential Fish Habitat” explains some of the motivations and challenges associated with the actions being considered by the Council.

·      Headboat Reporting Requirements-
The Council will take final action on a framework action that considers changing how frequently headboats are required to report their catch.

Shrimp
The Council will review recommendations made by its Shrimp advisory panel shrimp and discuss a framework action that considers how to fund the Electronic Logbook Program.

Panel and Committee Selection
The Council will review resumes and select new members for the Coral and SEDAR NGO Advisory Panels, as well as the SEDAR workshop pool, Special Coral, and Special Mackerel Scientific and Statistical Committees.

If you can’t make it to the meeting, there are plenty of other ways to share your input with us. This quick video explains public involvement in fisheries management: