Why are Commercial and Recreational Regulations Different? 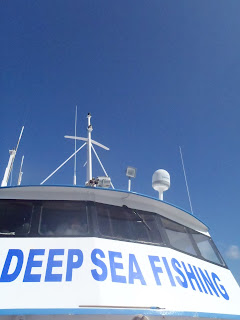 A ‘one size fits all’ approach to fisheries management does not work. Not all fishermen are alike so different regulations are used for different types of fishermen. Although most fishermen share the same ultimate goals (more fish and more flexibility to fish) there are major differences between how and why commercial and recreational fishermen catch fish. There are also major differences in which regulations are practical and enforceable for each type of fishermen. The Council strives to make management measures that satisfy the needs of the different fishing sectors and as a result, different regulations have been created for each group. 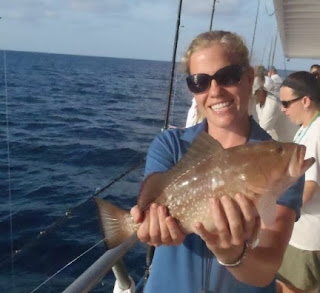 Fishing regulations are made for each sector after allocations divide the total amount of fish that can be harvested. These regulations are designed to constrain harvest levels so that neither sector exceeds their allocation.
Some commercially harvested species are regulated with closed seasons and trip limits, and some are regulated using a completely different system. Commercial snapper and grouper in the Gulf are regulated using an Individual Fishing Quota System. This system is possible because the number of commercial fishing boats is limited and the commercial harvest is easy to track. In the Individual Fishing Quota program sector allocations are further divided up amongst each individual commercial fishermen. Each year, snapper and grouper fishermen are allowed to harvest their own ‘slice of the pie,’ which is called an individual quota. Once a commercial fishermen harvests their quota for the year they must stop fishing, or lease quota from another fishermen. You can monitor how much fish has been caught so far this year here.

Under this program closed seasons and trip limits are unnecessary because fishermen must stop fishing when they reach their limit for the year. This gives commercial fishermen greater flexibility to choose when to fish, and has stabilized the price of fish because there aren’t seasonal changes in availability. The Individual Fishing Quota Program is radically different from any recreational management measures, and it appears to be unfair to onlookers who have to observe closed seasons and bag limits.

At the end of the day it is very difficult to make management decisions that satisfy every fisherman from one sector, let alone creating regulations that work for everyone. While the regulations are not equal for everyone involved, the Council strives to make them as equitable as possible, so that everyone has their chance at a fair share of the resource.
at July 10, 2012